I created an account for some market research. Anyways, Maya is now officially on Tumblr.

It took me a while to figure out a nice way to show my Tumblr photos on the sidebar of this blog. I started with the script from JI Apps, and made some modifications so it'll show up nicely in two rows. Worked much better than other fancy "widget creator" or "rss importer". 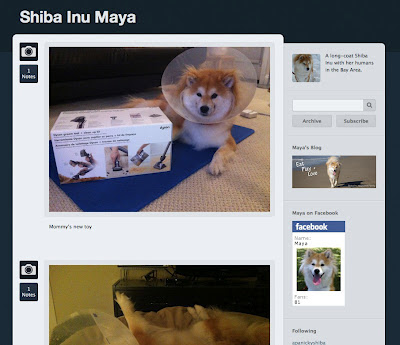 at 1:57 PM
Email ThisBlogThis!Share to TwitterShare to FacebookShare to Pinterest
Labels: Geek