Since I blocked the space under the bed a few months ago, Maya found a new favorite hiding spot: behind the curtain. She usually goes into hiding when she wants to do something she knows I don't approve of, like scratching her face or licking her paws. Sometimes it's also because she's pissed, like after I put doggie socks on her feet, wiped her ears, or wrapped her up with bandage. The curtain is probably covered with dust or pollen, since we often keep the windows open, but I guess it's still better than hiding under the bed. Ah, some days she just acts like she's the most mistreated dog in the world. 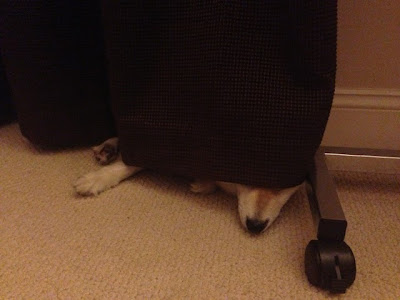 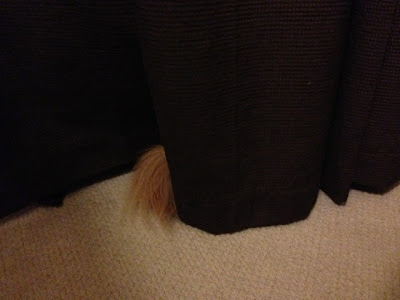 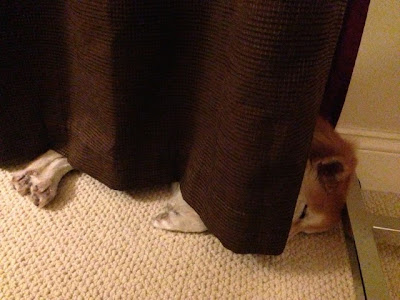 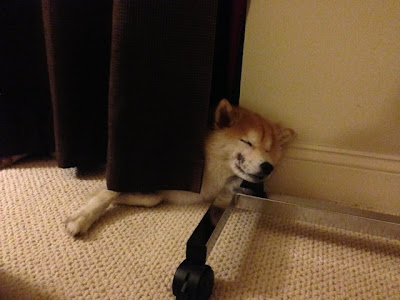 at 2:37 PM
Email ThisBlogThis!Share to TwitterShare to FacebookShare to Pinterest
Labels: Hideout