We met Macho yesterday at Fort Funston when we were cleaning up Maya after another off-leash beach run. We noticed her because she was roaming around the parking lot cluelessly, which was kind of dangerous, as cars come and go quite frequently. 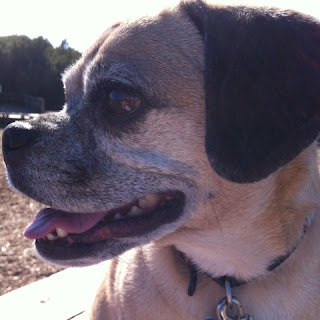 I asked the few people around us whether she belongs to them, but everyone said no, so apparently she was lost. She was a bit skittish when I approached her, but sat nicely and let me leash her up after I pulled out a treat. Luckily, there was a phone number on her collar, and we were able to reach her owner in no time. According to the owner, who was searching for her down at the beach when we called, Macho went into the bushes to pee, but somehow never came back out. We waited for about 10 minutes at the park entrence and Macho was happily reunited with her owner. 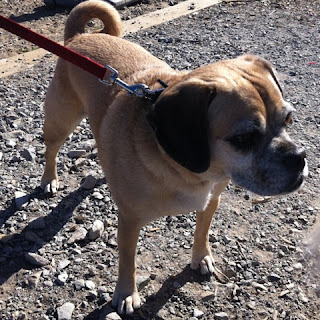 Maya's daddy and I are usually not that enthusiastic about being a "hero", mainly because all the horror stories we heard about people being sued after helping others in Taiwan. I still have a bit more faith in humanity and told him before he could stop me that "if someday Maya gets lost, I wish someone would take the time and give me a call." Anyways, it wasn't really anything heroic nor dramatic, I just want to write about it since this was the first lost dog I helped find her way home. 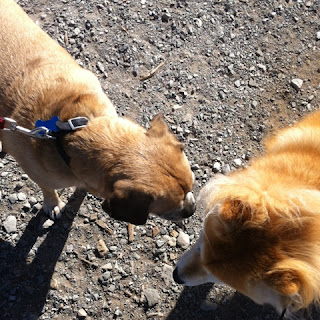